I consider myself craft-challenged, and you regular readers know where I’m headed here.  Yes, it’s time for this week’s installment of… 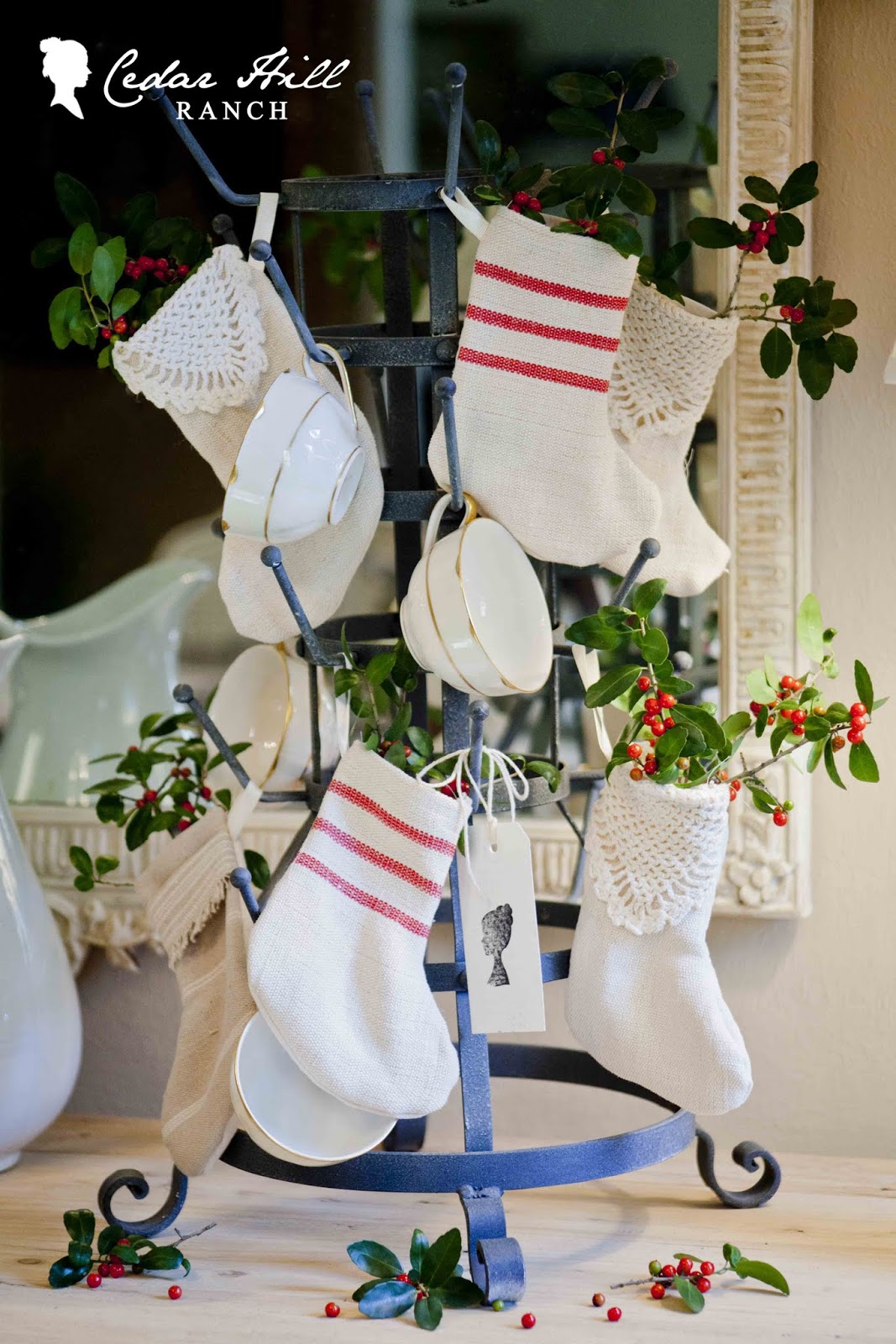 I’ve been thinking for a long time about making some little stockings (like the ones Ann On Sutton Place makes) so I thought why not make them for our party?  I have made lots of things from grain sacks, so I had lots of fabric bits left over, just begging to be used.

As I was planning the wee little stockings, I began to look at Ann’s stockings on Etsy.  I read about her regular-sized stockings and how they are lined, and how she uses the drawstring from vintage grain sacks for the hanging loop.  I began to compare my work to hers.  I NOW know that is a dangerous thing. 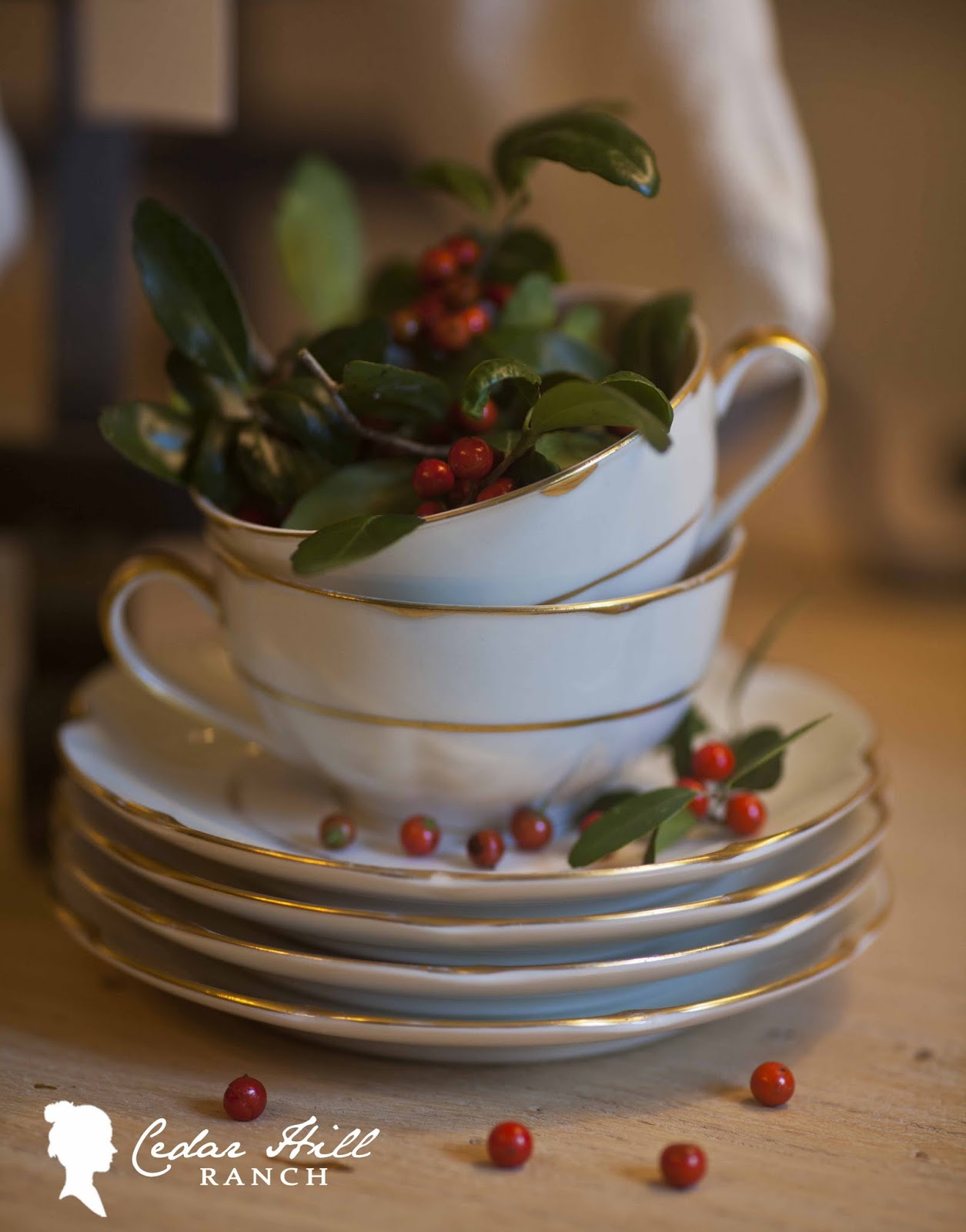 I began to think that my stockings would not be good enough.  I am a home seamstress; I sew A LOT, but I don’t usually line things that I sew.  Sure I make window covering, slipcovers, pillows, and bedding and such,  but they are usually UN-lined.  (You can see more of my sewing projects, here.) 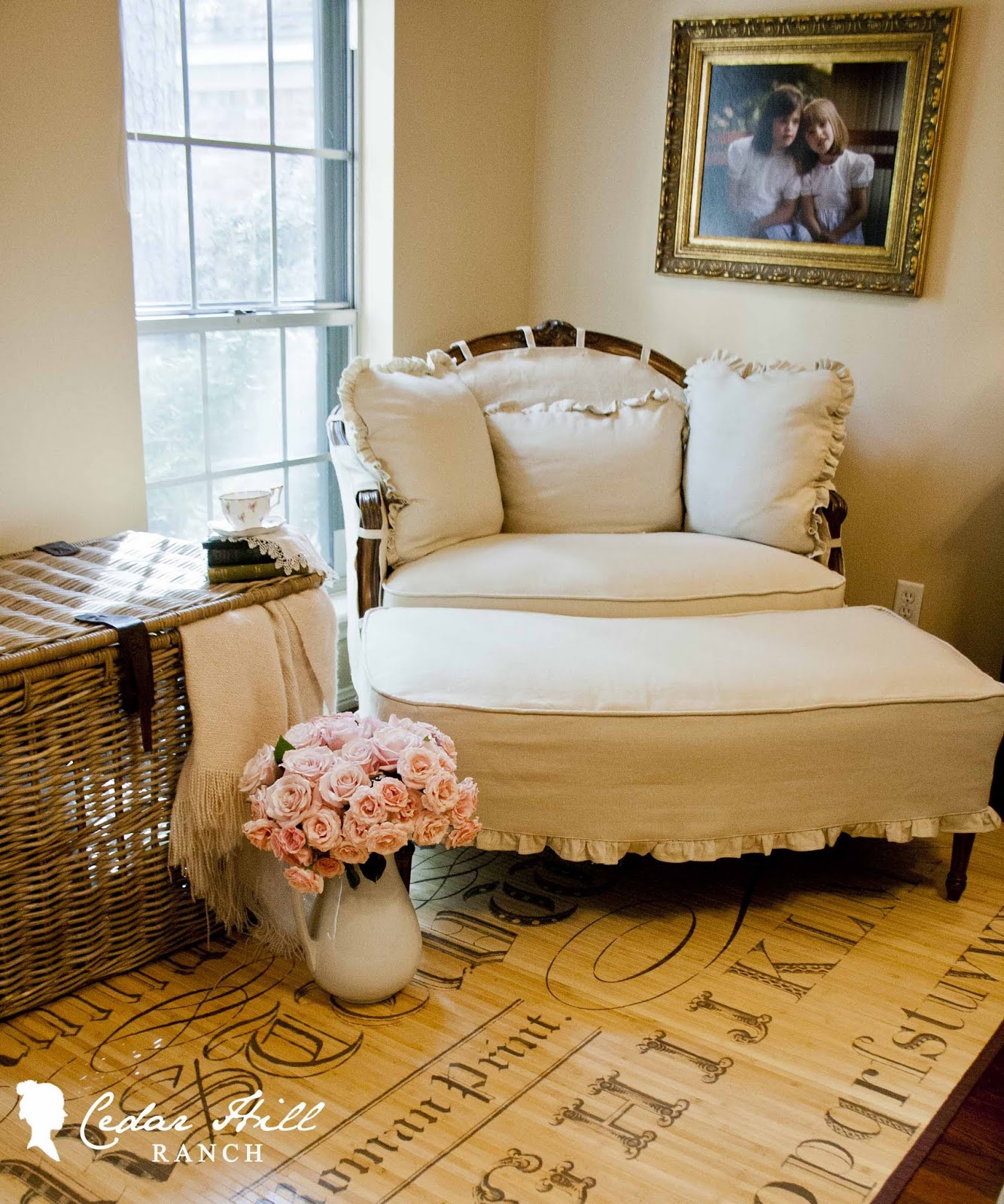 I wanted my stockings to be perfect for you, so I decided I would line my mini stockings.  I also looked at the loop on Ann’s stockings and how she uses the drawstring from vintage grain sacks.  Although I also used vintage grain sack fabric, they were all scraps from previous projects, and I had long ago discarded the drawstring from them.  For this project, I would have to use something less exciting, like new satin ribbon. 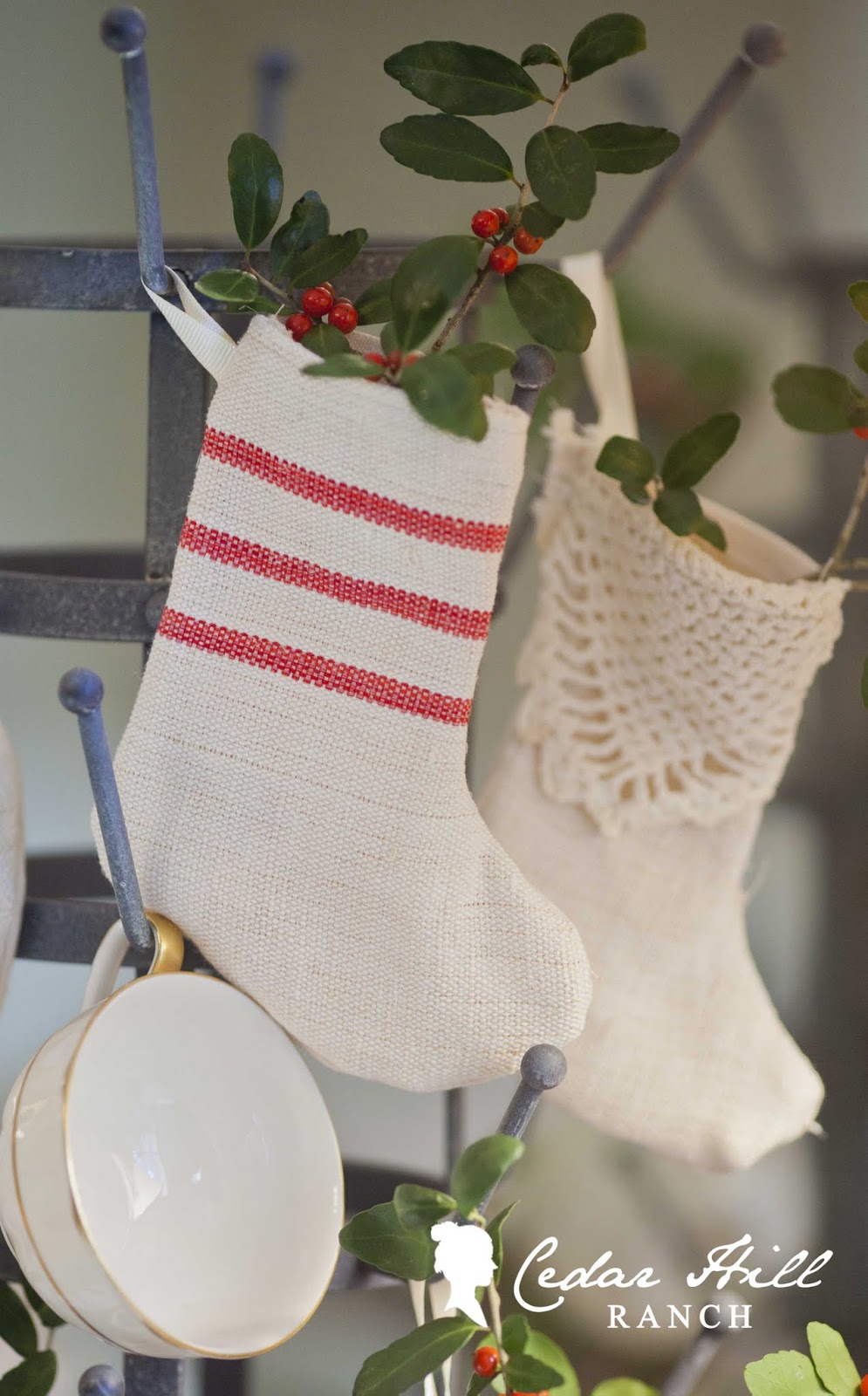 In rifling through my sewing cabinet, I discovered some leftover muslin fabric to use for the lining.  I cut out all of my stocking pieces so I had a stack for the stockings, and a stack for the liners. I began to sew my first stocking. Soon it was time to add the liner, but the little bugger was so tiny that it became almost impossible to attach the lining using my machine. I soldiered on.  After man-handling the first stocking pretty roughly, I was finished with my first one.

I stepped back to survey my work.  It looked funny.  Maybe it was the way I was looking at it, so tilted my head like Nipper the Victrola dog.  (Remember him?  Oh, NVM.) No, it still looked… well… weird… wonky. It wasn’t the viewing angle, it was the stocking; in a word, it looked AWFUL.  It didn’t lay flat.  Now I wanted to say a bad word, but I didn’t because I used to be a Sunday School teacher.  One might have slipped out.  Now what was I going to do, about the stockings, I mean? 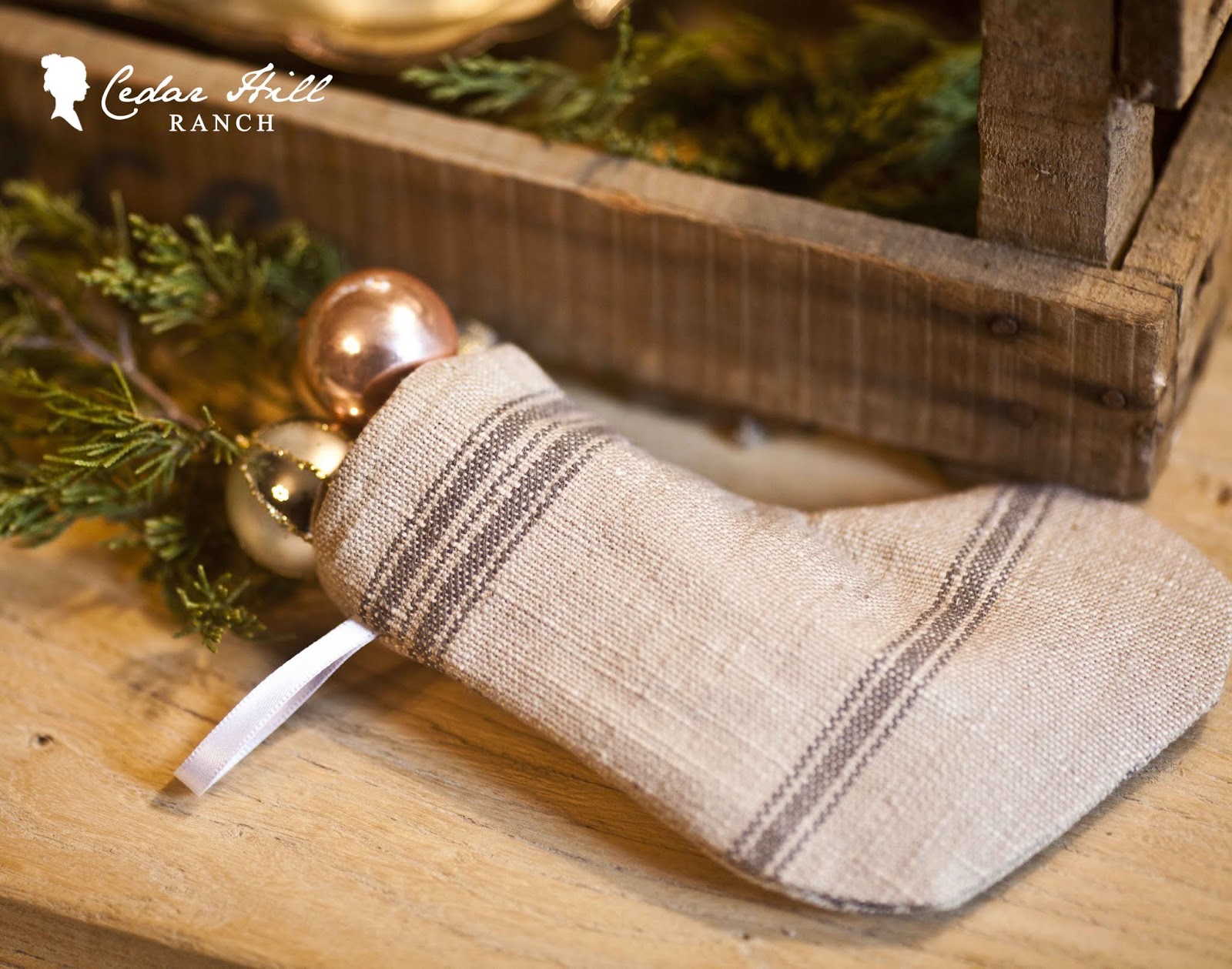 I knew you were coming and you would be expecting something gorgeous; you would be excited and have your party hats on (not literally of course) and you would open up my page, and your smile would disappear, with the sound of a ‘hmmmm’.  In it’s place, a puzzled look would form.  You would think “Oh.., that’s weird.”  And then I could see hundreds of people simultaneously tilting their heads to the right when they saw my stockings, wondering if maybe a different angle would improve the view.  Oh, no that would be dreadful.

I began to feel pretty silly for cutting out all of those little liners for my stockings.  I began to wonder if the whole thing had been a big mistake. But then I remembered my little friend… one of my best friends… my seam ripper.  Yes, I ripped that puppy out of my perfectly good (or good enough) little stocking.  I then realized that there was no way anyone lines these little guys.  (Ann is probably laughing as she reads about my fiasco.  I now realize she probably does not line her LITTLE stockings.) 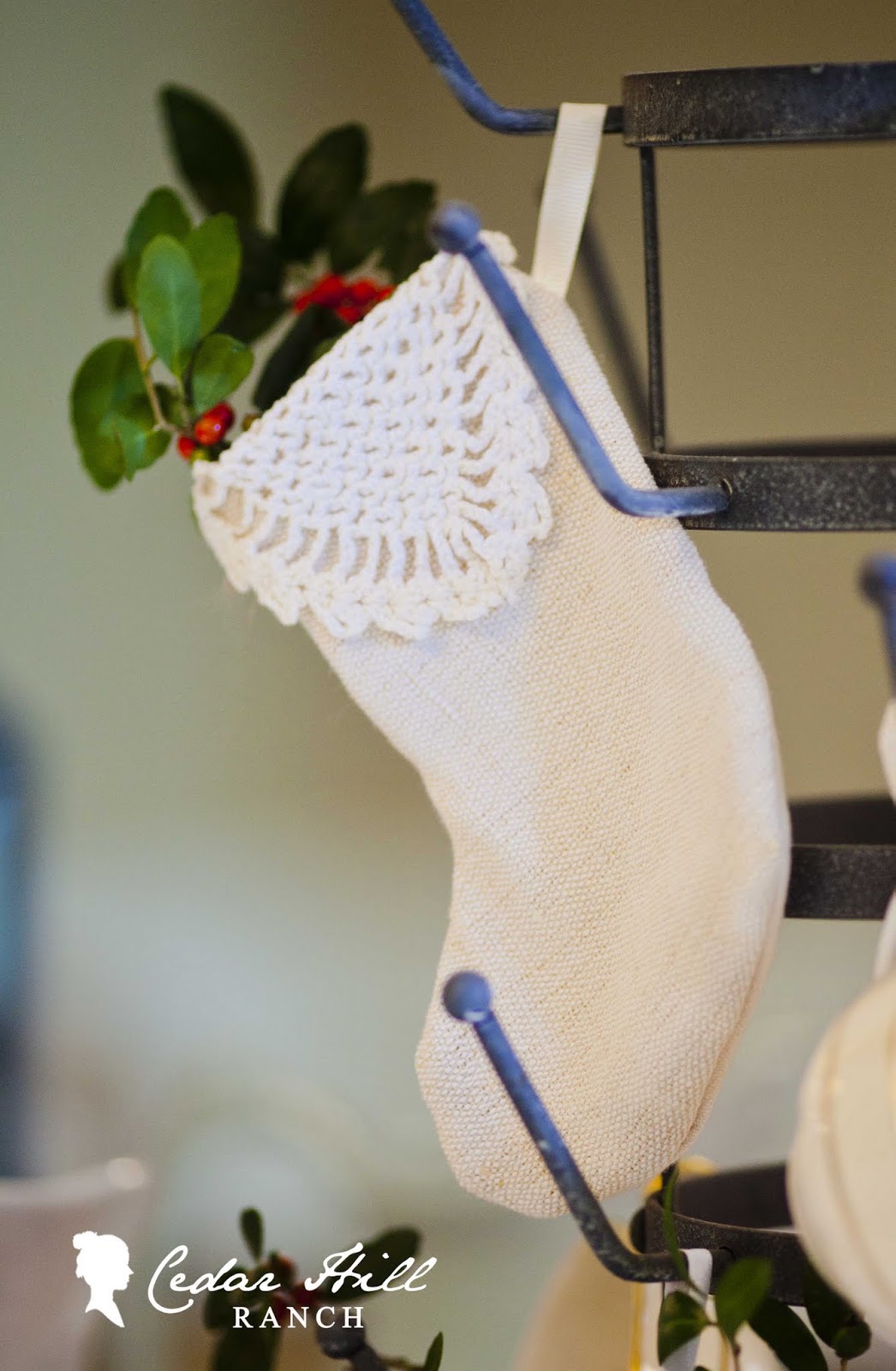 After I removed the bogus lining, the bunchy stocking morphed into what I had imagined.  It looked well… pretty cute to me.  And when I realized I couldn’t use the liners for the stockings, honestly I was relieved.  I didn’t want to do all of that extra work any way.  It’s not that I don’t love you, it’s just that my family wanted to eat dinner that night.  I went back to the sewing machine and made the rest of my stockings, after I made dinner. 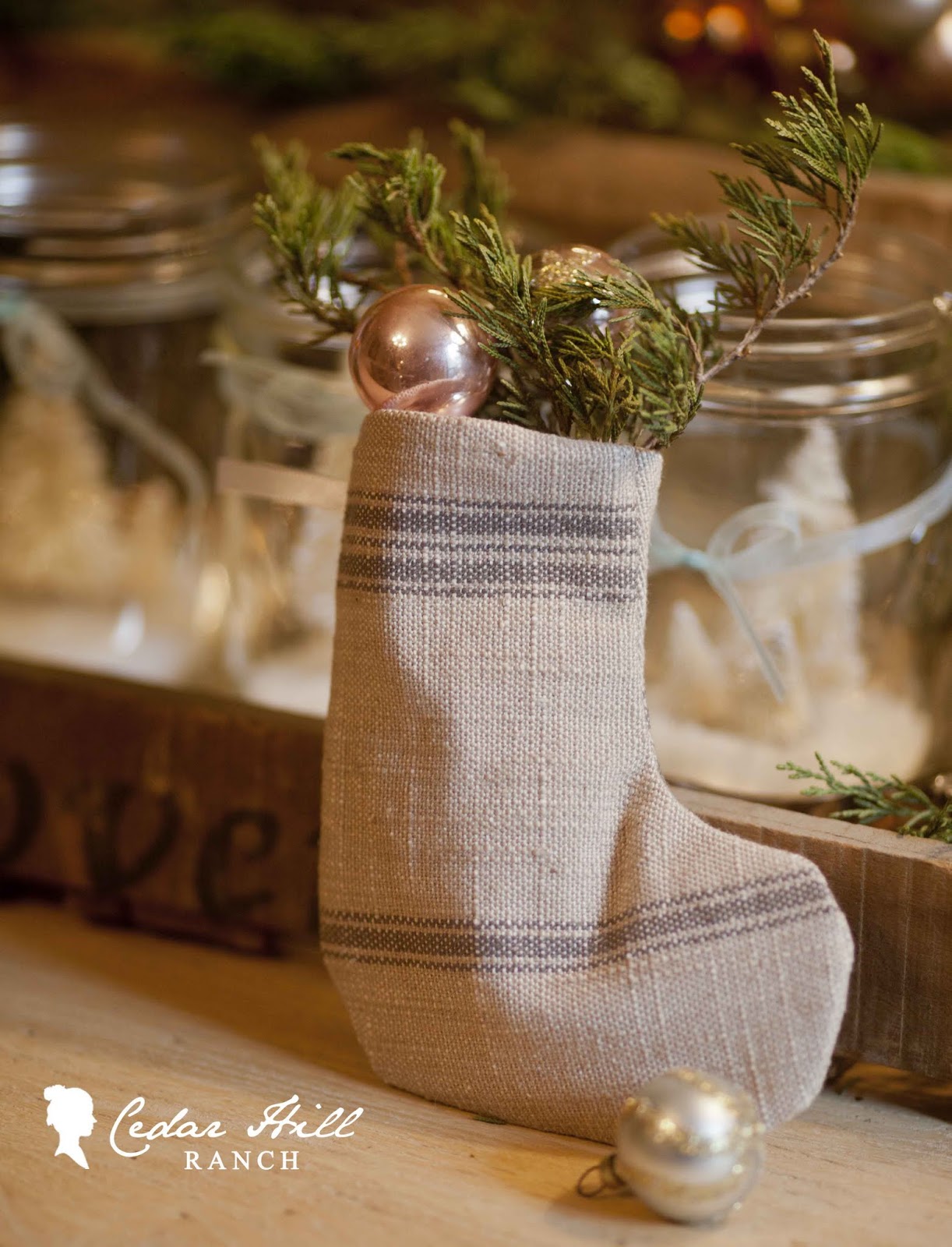 So I was pleased with my stockings now, but there was still the little matter of a ginormous pile of muslin pieces already cut and ready to be sewn. Right then and there, I decided I was not going to be defeated by a pile of fabric.  Soooo, do you know what the latest thing is at my house?  Homemade muslin gift bags!  That’s right, I predict they will be all the rage this year.  (Sorry no pictures today, but I’ll have some later.)

When I make mistakes, which is more often than I care to admit here, I try to figure out how to make lemonade from lemons.  That’s where I’m the most creative probably from years of practice.  So if you get a gift from me in a muslin stocking gift bag, just forget you ever heard this story. 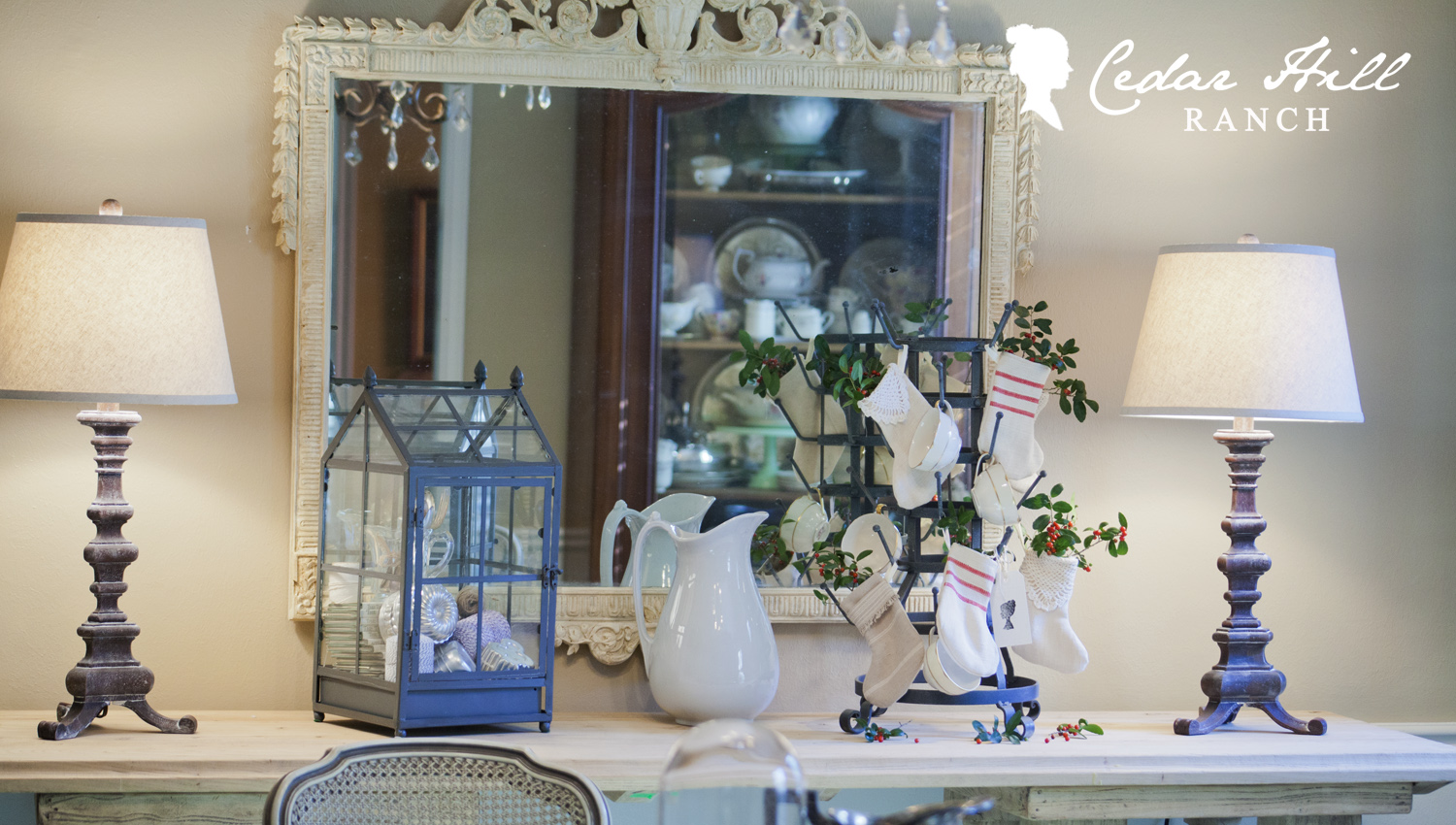 Thanks for coming by for a visit, and not judging.  Want more Christmas, try these posts…

Want even more???
Come back later, and I will have even more Christmas decorating, simple and natural, cause that’s how I roll.