I never wanted this table.  I’m headed in an airy, light, French direction, and I didn’t want a heavy, old American mahogany table.  I told Mr. CH that I didn’t want it, but he said to find a place for it. 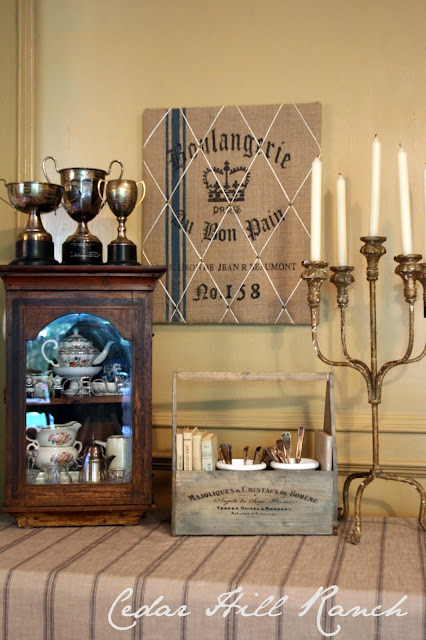 Normally he goes along with what I want in the house, but this was different.  He wanted the table because of its past.  The thing is… we thought we knew the story, but the table knew something we didn’t.  You see, the table belonged to Mr. CH’s parents. 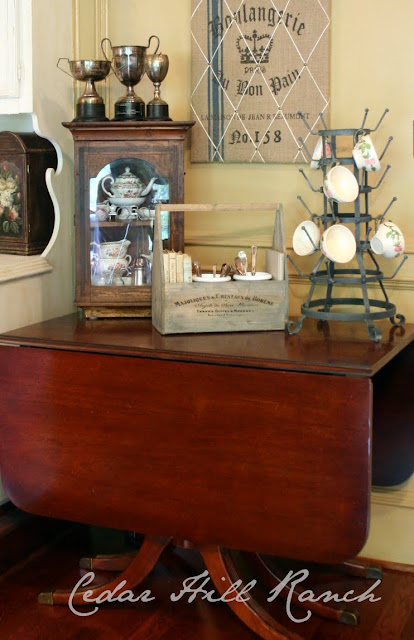 When we inherited the table, we also inherited boxes and boxes of personal letters, that revealed a shocking secret we never knew. 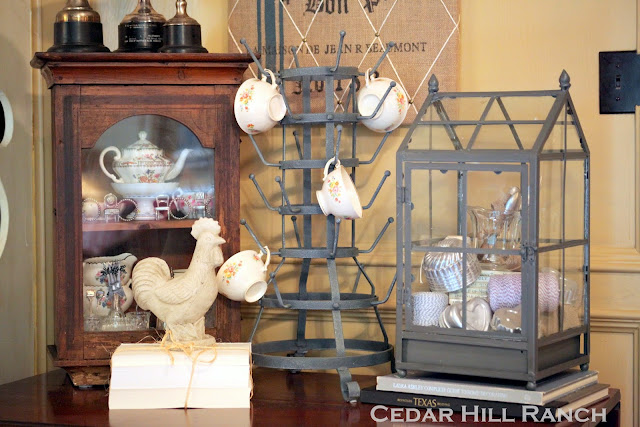 It was 1945, WWII was ending. A young 19 year old girl was writing to her high school beau, serving in the navy, stationed in the South Pacific. In her yearbook, he had written that he liked her, but later crossed out the word “like”, and changed it to “love.”  It appears that she loved him back, but he was off fighting the war, and had made no promises about the future. Meanwhile she was lonely, and felt that her life was on hold. She was dating occasionally, and met an older man, a man raised on a farm in Virginia who had big dreams. A very respected member of the community, he was headed to Yale Divinity School to work on his PhD. 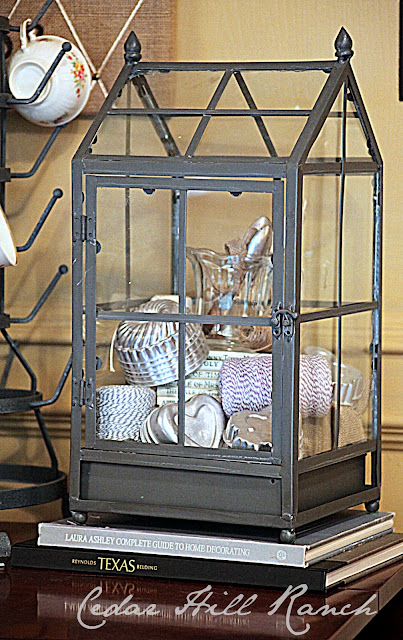 She was very beautiful, and he became smitten immediately upon meeting her. 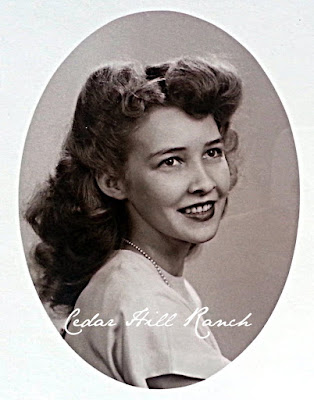 He courted her for several months, sending her what flowers he could afford on his meager salary. When he called her, she wouldn’t speak to him, but just listened on the phone. He thought she was shy at the time, but I suspect she was thinking about someone else, someone far away. 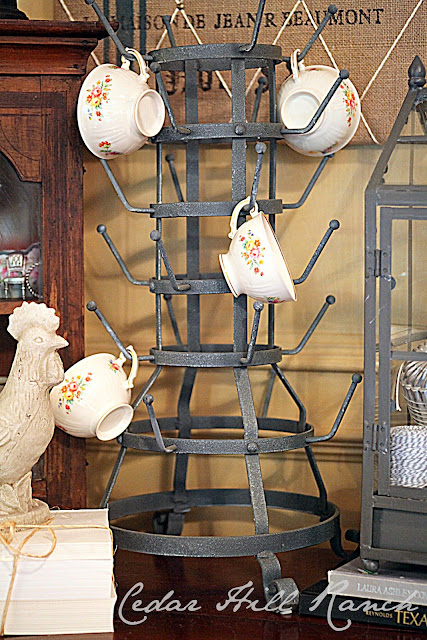 At some point, he mustered up the courage to ask her to marry him. She replied by letter, spending days agonizing over just how she would word her answer. In the end, the letter spoke of how she wasn’t the right one for him, that he deserved better than she could give. She said that she would understand if he never spoke to her again, and suggested that he might want to destroy the letter so there would be no evidence that they had even discussed marriage. He was clearly in love, and would not be deterred. 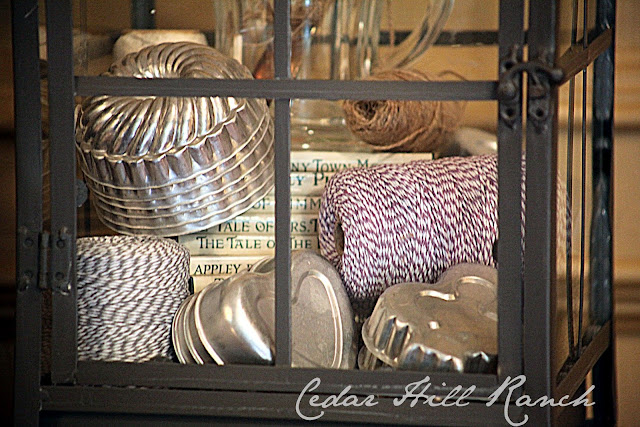 He asked her again.  She confided in her father that she just didn’t know what to do. Her father wrote back to her, saying that he would never tell her what to do, but that she might want to consider the proposal. Her new suitor would make a fine husband. 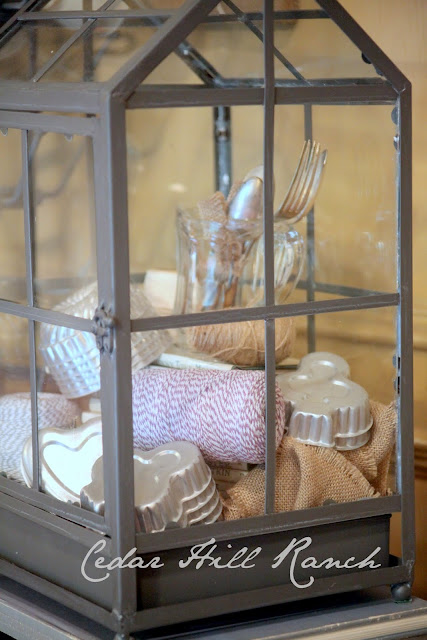 And somewhere along the way… she agreed. She wrote her friends to let them know the news. They wrote back, asking if “he” knew she was getting married. 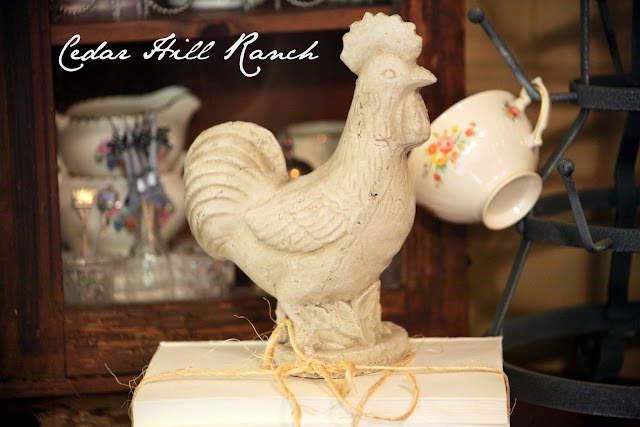 I’m not sure if “he” knew, but I suspect word had gotten back to him.  The wedding day arrived in 1946, and the couple united in marriage.  The new husband adored his new wife, with an unwavering devotion. She grew to love him over time.  The marriage was a happy one, and over the years there were many flowers and sweet love notes. 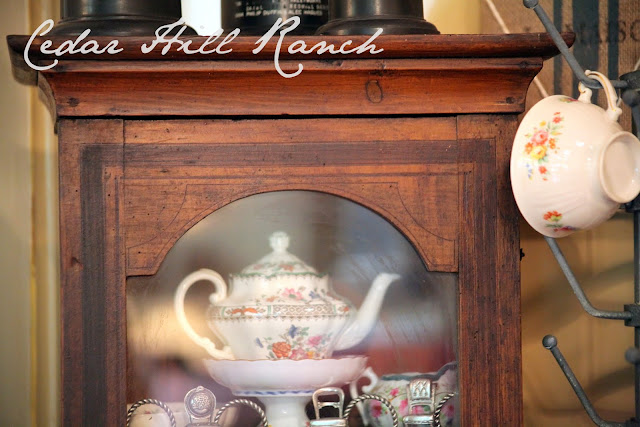 After receiving his PhD, he went on to become a professor, then dean of a seminary, and in 1959, he took a sabbatical so he could pursue studies abroad in Geneva, Switzerland. (You can find out more about their time in Switzerland here.) 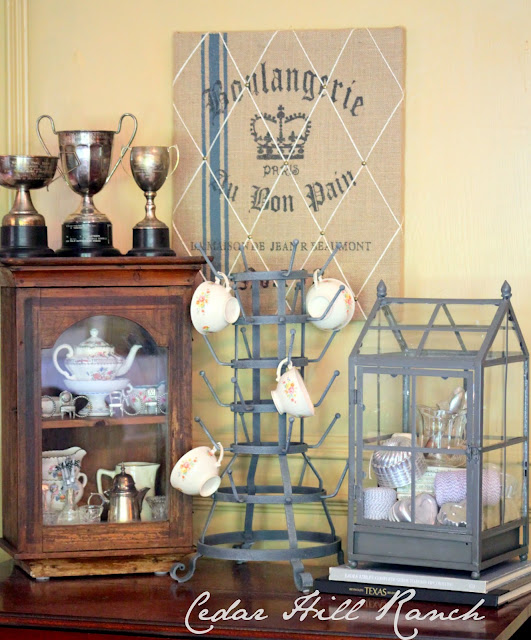 When they returned stateside, she had yet another secret, but this one was a happy one. The couple was expecting a baby. Yup, if you guessed that Mr. CH was on his way, you are correct.

We never knew about that young sailor before we inherited the table and the letters.  Although the story made me a little sad, I love a happy ending, don’t you?  This rocky beginning turned into one of the happiest marriages I’ve ever seen, and as for the table… it’s still growing on me.