I recently posted about my 18-year-old daughter’s city room, click here, and since then I have painted her room and the fifteen-year-old’s room.  I’m going to show you both rooms, but today, I am only going to focus on the fifteen-year-old’s room. She has always wanted her room painted pink.  No surprise there.  But I explained that when she tires of pink (if she ever does) she would be stuck with the pink walls, and they wouldn’t go with many other colors.  I have been using this argument for years, to no avail.  Then I mentioned that she would be leaving for college in three years, and when she did, I would be stuck with a pink room that would need to be repainted. This fell on deaf ears.  I tried more reasoning, stating that when she left for college, we might sell our city house and buy a house close to Mr. CH’s office, and having a pink room would make this house difficult to sell… crickets.  (We would of course, keep the ranch at Cedar Hill.)    This might explain why this room stayed green for so long; we never could reach an agreement on what color to paint the room. But the deal is that she is gone at school all day, and I am left alone in the house to do as I please.  Here’s what happened when she left for school a few weeks ago. 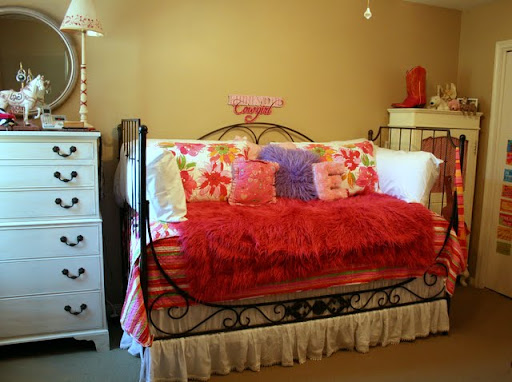 She came home to a new color on her walls, and it wasn’t pink.  She claims the new look says, “she is boring”.  So considering this color is on the walls of most rooms in my house, apparently she thinks my paint says I am boring.  Ha!!  Thankfully my happiness is not dependent on her opinion or moods.  And truthfully, she wasn’t too upset about the paint.  I knew it was all bluster.  The horrible tragedy of one day is completely forgotten the next. One day that was described as “the worse day ever” was quickly converted to the best, when her new phone arrived by Fed Ex.  No… any one who has met her, would never describe her as boring.

Here is what her room looked like before the paint. 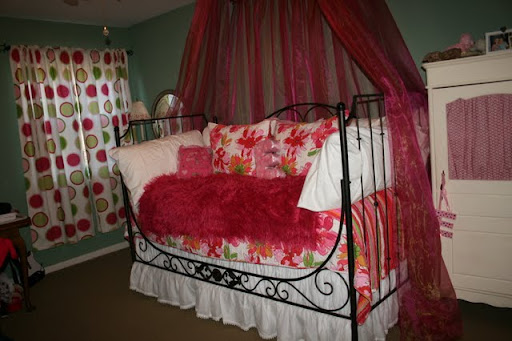 Long ago, when I got to choose her bedding, she had a very Laura Ashley room.  Here she is on her old bed, happily unaware that her room is not pink. 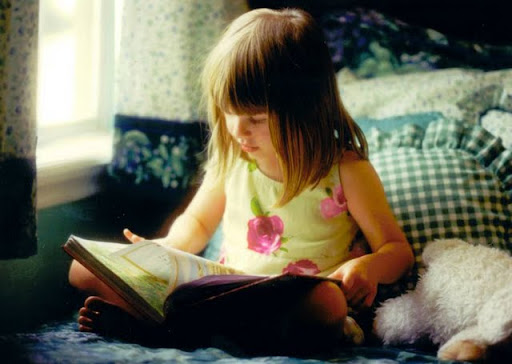 And here is another photo of her room.  She’s on the bed with her sister. 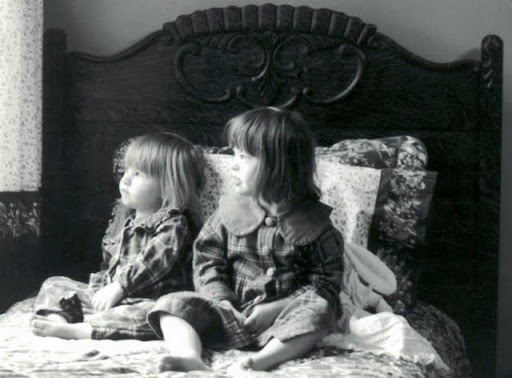 I loved this antique Tiger Oak bed, shown above, but eventually she wanted the French iron daybed I had in another room. 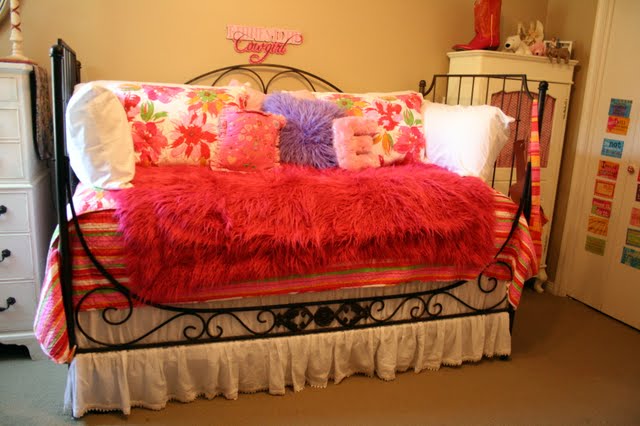 I do really like this iron daybed.  Amazingly, I was allowed to remove the pink bed curtains, shown above.  They didn’t stay in place very well any way.  Perhaps, had there not been dancing on the bed, the curtains might not have moved out of place so often.

This bed has a very tall memory foam mattress.  To get a bed cover that would be long enough on the sides to cover the mattress, I knew I would not be able to find exactly what I was looking for at the store.  Being that I was too busy to sew something that week, I simply bought a King coverlet and folded it over. The pink fuzzy cover may actually be a rug, but I decided to use it on her bed to add a pop of pink that she loves so much.  I also had to find a bed skirt for a daybed that would cover such a tall foundation, and that was almost impossible.  I found one, finally at Pottery Barn kids I think.  It really has some lovely detail on it. 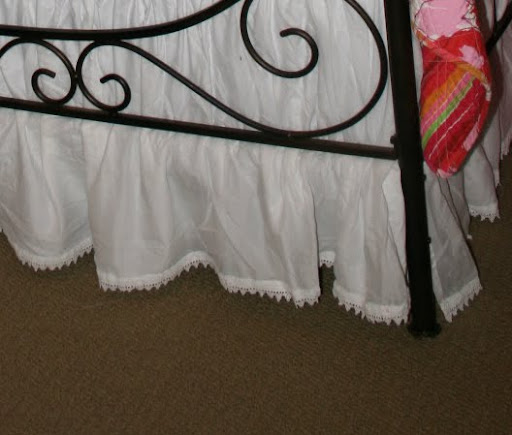 She has a little French armoire next to the bed, covered with all of her teenager things.  Those are her Dan Post cowgirl boots, hot pink and orange.

On the other side of the bed is a tall chest of drawers that we inherited from my MIL.  I recently painted it white, and used Fiddes rugger brown and the clear wax to cover the piece.  There was lots of complaining when I mentioned removing the old dresser and replacing it with this tall chest.  I even pointed out that the new chest would hold lots more clothing.  I thought this argument would work, but no.  It was a no-go.  I was a little stuck here.  I really hated to get rid of the old dresser if she was that attached to it, especially since I had just repainted her room against her will.  Then, I mentioned that we would sell her old dresser when we held the estate sale at my MIL’s house.  I mentioned that I would go ahead and pay her for the dresser now.  Can you say, “SOLD?”
﻿ 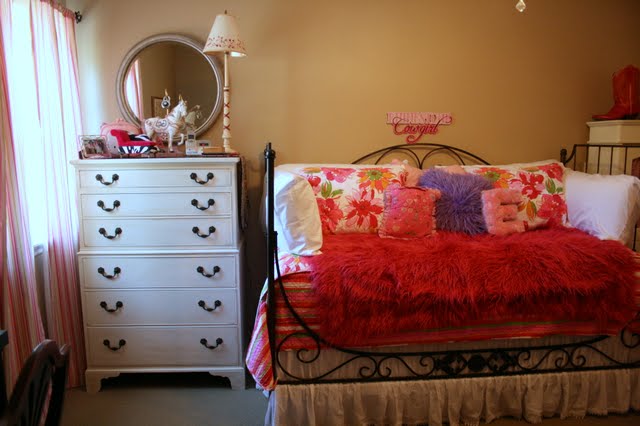 There was also an air hockey table in the room that hadn’t been used since the Truman administration.  Okay, I am exaggerating, but really it hadn’t been used in years.  Again, it was technically hers, so I did not want to sell it until she approved the sale.  When I finally thought to mention that of course she would get the proceeds, it was a done deal.  This transaction on the air hockey table occurred in the beginning of the summer, long before my MIL passed away.  Since then, my daughter inherited her granddad’s keyboard, so that now sits in her room.  Had I just waited, I could have used the argument that the air hockey table needed to go so she would have room for the keyboard.  On an unrelated note, I somehow forgot the cord for the keyboard, so it is sitting silent for now.  (I’m going back to get the power cord this week.)  Did I mention how glad I was that this paint job is over? 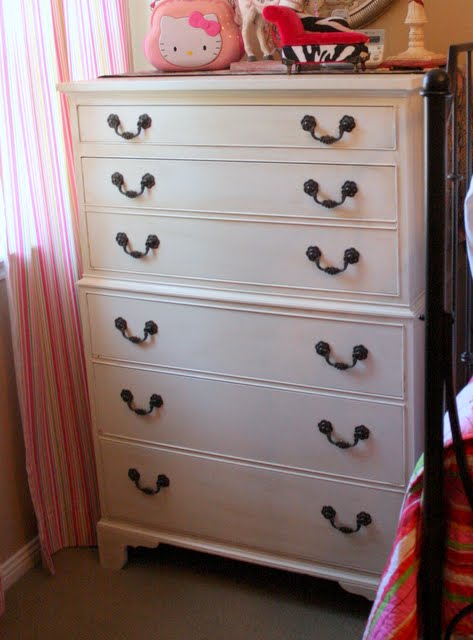 I did not show her desk for, well… obvious reasons (if you have a teenager.)  It was messy, and I was not in the mood to clean.  Besides, I am generally not allowed to touch anything on it any way.
I hope you don’t think I am a bad mother.  She really is holding up very well, and has moved on with her life in her “boring” non-pink room, with the tall white chest.
﻿
Post Script
My daughter saw this post on my computer.  She NEVER reads my blog. She tried to act annoyed, but I could tell that she was actually laughing as she walked away.